It’s been a bit of a crazy year so far. With social distancing and working from home, I havent traveled a lot or done much interesting tech stuff recently, but I’ve had the itch to do some blogging. So lets do some food blogging!

It started with this great first-person cooking video that came up in my Youtube feed:

I’ve been following Kenji for a while, from his time at Serious Eats. He explains recipes really well, as well as being a genuine guy and great at explaining things.

So following his video, I did a quick test runs of making spatzle:

It was super quick and easy. I did it based on Kenji’s video, but the recipe from Step-by-Step Cook is good, and it allows you to change between metric and imperial, and how many servings you want.

But I wanted to do something more indulgent, something with baked, rich with a lot of cheese. I thought “Someone must’ve thought of making a mac-and-cheese with spetzl right?”

Answer: Yes they did - Käsespätzle! 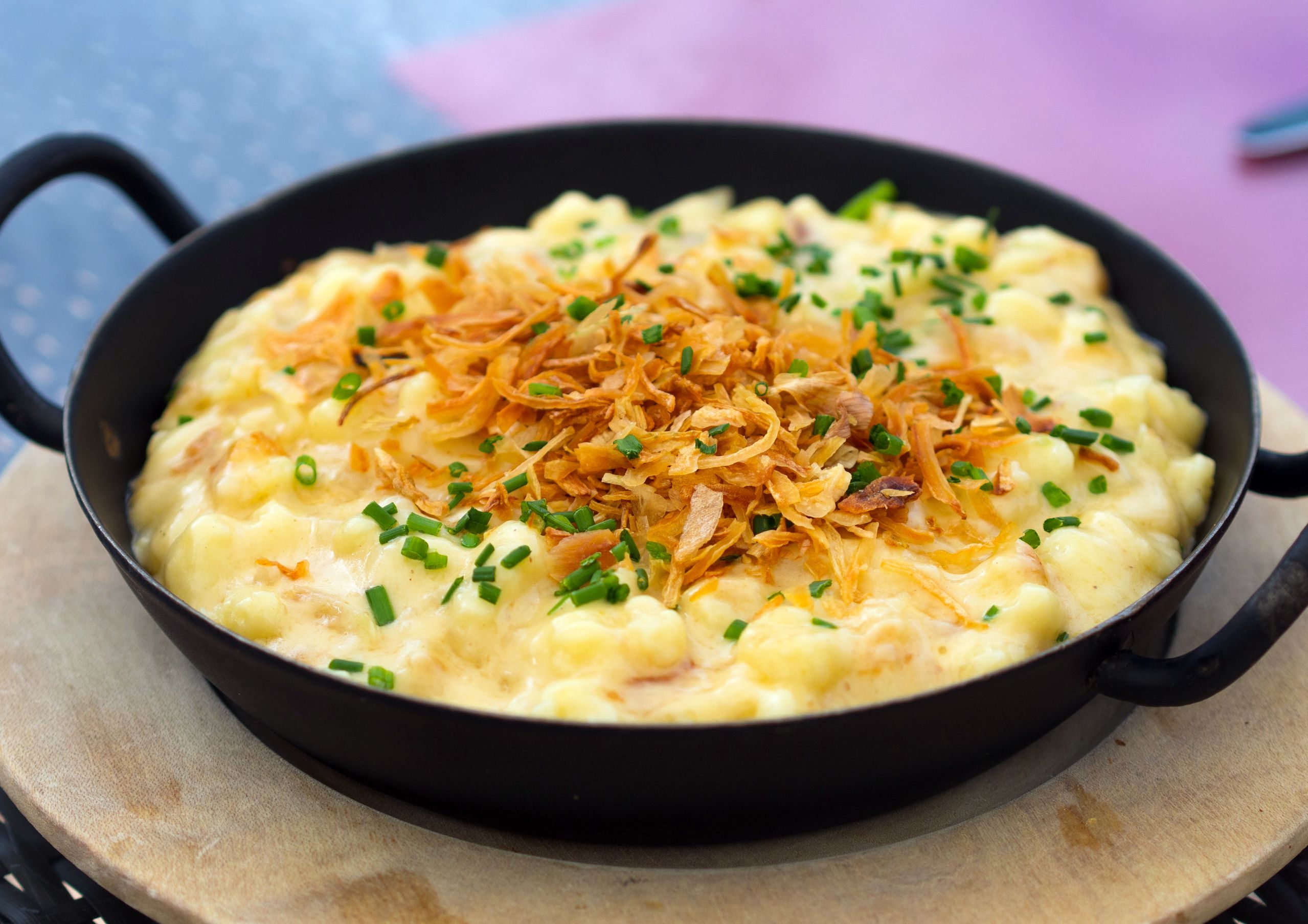 For the recipe, I used one from Daring Gourmet, but it’s pretty much what you expect: layer spetzl with cheese and caramelized onion in pan, then bake until the cheese on top is golden brown.

I did a quick photo breakdown of the steps:

Add the flour and eggs to a bowl and mix.

Slowly add 100-200ml of carbonated water until it forms a thick dough. Regular water or milk works too.

When ready, bring a pot of water to the boil and find something to push the batter through to make the spatzle. I bought a spetzl maker, but I tested it through a regular cheese grater and collinder and that works fine as well.

Pour the mixture into the device, and push it through into the boiling water.

When they float (1 or 2 minutes) take them out to drain and do the next batch. Try not to crowd the pan too much. Shock them in a bowl of cold water to firm them up.

Caramelize some chopped onions, throwing a little of the starchy water in to

Butter up an oven-safe dish.

Do this and finish up with a little bigger pinch of cheese on top.

Cook until cheese is golden brown and bubbling.

Serve with greens and potato salad. I did some quick garlic butter asparagus.

It worked out great. Super indulgent, not something you’d eat every day, but it was great comfort food.